As the name suggests, Australian Football is a growing game played in all states and territories of Australia by both males and females. The professional competition for males is known as the AFL and for females as the AFLW. Over the years the sport has attracted a diverse range of athletes, with Gaelic footballers, basketballers and rugby players all making successful transitions into professional AFL.

The game consists of four quarters, which in the professional leagues usually vary in length between 28-35 minutes including time added for stoppages in play. Teams consist of 18 player’s on-field and 4 players on the bench, with 90 rotations allowed per game. This means game time will vary between players. Generally, players who cover more kilometers at high speeds will be rotated more frequently.

The AFL season runs from March to October, with teams playing weekly. Athletes will train from two (amateur) to eight (professional) sessions weekly in a combination of sessions involving football skills, weights and strength, flexibility, mobility and off-legs training.

Different positions have different physiological requirements and therefore varying nutritional needs. For example, midfielders need to produce repeated sprints with little rest time and therefore need good endurance and repeat sprint ability. Key position players in the forward line or defence may have greater recovery between efforts but require upper body strength to fend off opponents and more lower body power for both marking and sprints. Due to these different requirements the physique traits of players vary widely. Ruck players (midfield) are generally around 200cm in height and weigh 100-110kg. Key position players (forwards/defenders) may be similar in body size. Other midfielders will be shorter, between 180-190cm, and weigh between 80-90kg. It is important to acknowledge that ideal body composition for performance will vary between athletes, so it is imperative to set individualised goals.

The composition of the training diet will vary depending on the training phase. For example, energy needs are high in the pre-season as the athletes undertake heavy endurance and resistance training sessions. Carbohydrate needs during this phase are high to support fueling, along with protein to support muscle repair and recovery. In addition, fruit and vegetables provide important micronutrients which assist the immune system during this high stress period. During the pre-season the diet must also consider factors such as the body composition goals and growth potential for younger athletes.

Once the season begins, the training load often tapers and nutritional needs change to reflect this. Carbohydrate remains the primary source of fuel for games. However, training sessions become shorter in duration and lower in intensity earlier in the week so on these days the requirements for carbohydrate are reduced to reflect the workload. Protein remains a key nutrient however it’s unlikely you will find a 400g steak on their plate with greater focus on the quality and distribution of protein over the day.  Micronutrients provided by fruit, vegetables, nuts, seeds and wholegrains also remain critical to assist recovery including immune support during the in-season phase particularly when travelling.

With the plethora of mobile phone based apps, education around food choices needs to be provided to accommodate busy lifestyles including convenient and nutritious choices.

Dehydration can lead to mental fatigue and manifest in poor concentration, altered decision-making ability and, depending on severity, can even have physiological effects of reduced endurance capacity, strength and power. All of the above are detrimental to performance and demonstrate the importance of fluid intake in AFL players.

Fluid requirements vary depending on environmental factors such as ambient temperature. It is often hot during pre-season and these training sessions may provide less opportunity for fluid intake than during a competitive season game. Athletes need to take every available opportunity to consume fluid before, during and after these sessions.

Across winter months, in – season hydration needs can be overlooked. However, given the key performance benefits of maintaining adequate hydration status, it is important for athletes to be aware of their average losses to gauge an understanding of their personal requirements before, during and after games.

Fluid requirements also vary widely between individuals depending on their body size, genetics, fitness, positional requirements, match-intensity and their ability to tolerate fluid intake during a game. An Accredited Sports Dietitian can assist individuals in learning more about their fluid requirements, sweat rate and sweat composition during exercise.

The predominant fuel to optimise performance during an AFL game comes from the breakdown of carbohydrates, so it is important to start matches well-fuelled. It is generally recommended that the last main meal be consumed 3-4 hours before the start of the match. This meal should contain carbohydrate, some protein and be lower in fat and fibre to minimise possible gastrointestinal discomfort, common with hard/high intensity running sports, as well as fluid for hydration. The small amount of protein in this meal may help to prevent hunger.

Suitable ideas for pre-game meal include:   (3-4 hours prior)

EATING AND DRINKING DURING COMPETITION

Given the length and intensity of an AFL game, players should be ingesting some fuel during the game in the form of either food or fluid. The quarter time breaks provide a good opportunity for hydrating and re-fueling. As the quarter and three-quarter time breaks only a short six minutes, players may prefer to take carbohydrate in the form of either sports drinks or gels. The half-time break is around 20 minutes in duration which allows for a snack like a banana, energy or cereal bar to be consumed. It is up to the individual and their perception of gut comfort as to what is the most appropriate carbohydrate option.

Fluid intake is critical during a game and fortunately there is reasonable opportunity for senior players to consume. During breaks players have access to their own drink bottle or they can consume fluids brought onto the field by trainers around breaks in play, as a result of goal scoring. Trainer numbers and opportunity to drink are usually increased in hot conditions with the activation of the AFL Heat Policy. It is important to consider fluid, electrolytes and any potential need for carbohydrate when selecting fluids. Often sports drink and water are available.

Recovery meals and snacks should contain the following three key macronutrients; carbohydrate (to replenish diminished fuel stores), protein (to repair and regenerate muscle cells) and fluid containing electrolytes (to rehydrate and replace sweat losses). The humble chocolate milk fits this profile well, is easy to transport and consume (remembering that some athletes often don’t feel like eating very much immediately after a match, due to the strenuous physicality of the game). A flavoured milk is a good option for the acute period of recovery which may be in the first 30-60 minutes after the match finishes; followed by a meal within 90 minutes containing a lower glycaemic index carbohydrate, source of quality protein and plenty of micronutrients to support a depressed immune system.

Supplements In most cases, nutrition needs can be met through foods. An Accredited Sports Dietitian can assist in identifying and prescribing an established protocol for supplements which may benefit health or performance. 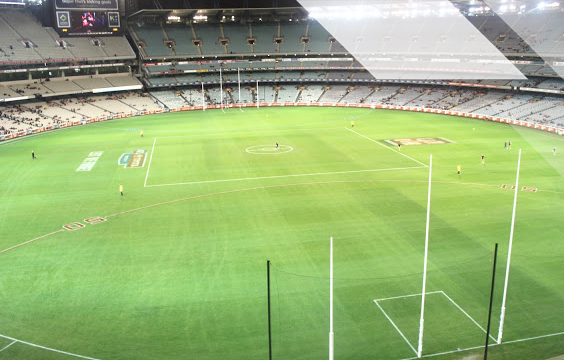 Alcohol has been closely linked to the sport of AFL. At the elite level the players are strongly discouraged from drinking alcohol at all, especially when recovery nutrition, hydration, and rest are more important priorities.

Supplements: need to be used in conjunction with advice from experts such as the Fitness Staff or Sports Dietitian. Some have been shown to be effective to enhance performance e.g. sports drinks and sports gels, whereas others may be used by players due to perceived benefit (they feel better) as opposed to proven benefit. 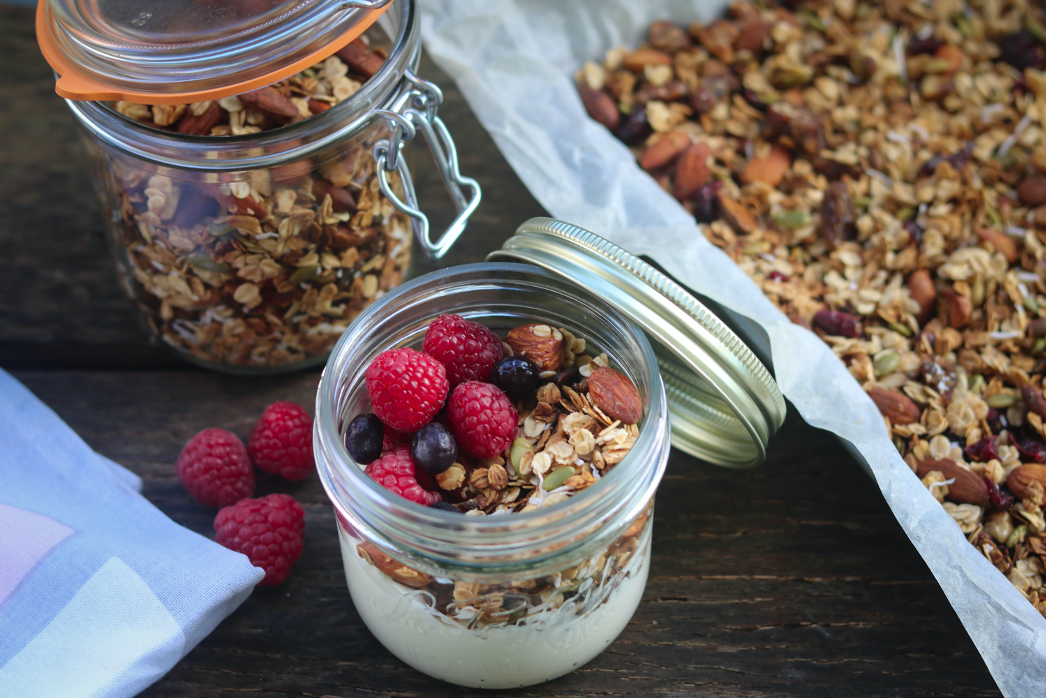 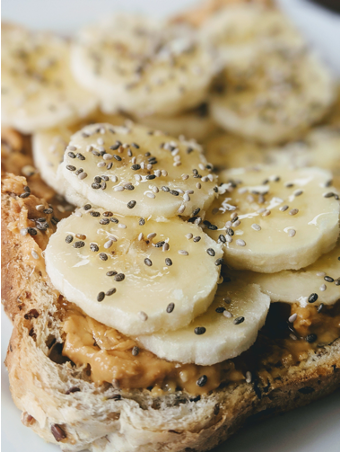 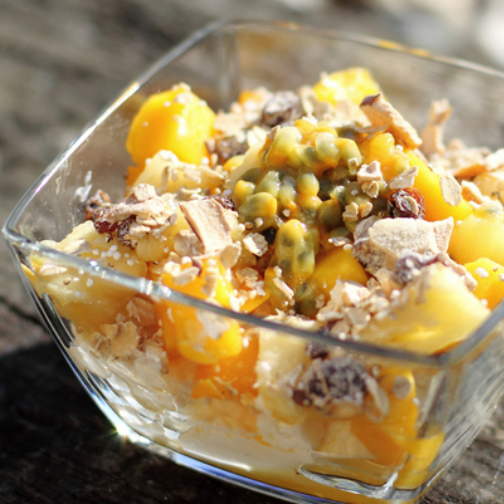